Our 4 day stay in Quito turned into 10 days. Vin became quite unwell and after a visit from paramedics one night ended up in hospital the next. We stayed at the Hotel Antinea in Quito. The owner and staff were fantastic, especially while Vin was sick. Veronica the receptionist spoke perfect English, and they all went out of their way to make sure we had everything we needed.

We did eventually see some of Quito’s old centre with its beautiful architecture, including the amazing gold lined “Iglesia de la Compania de Jesus” (The church of the Society of Jesus). No internal photos allowed,  but exterior photo below.

We traveled south towards Peru stopping at Riobamba,  Cuento, Loja and the border town of Macara. The drive through the mountains was quite stunning. One amazing view after another, and the scenery constantly changing. The roads were good, though slow going at times with switchbacks and windy roads, barely any straight stretches longer than a few kms. Hopefully the photos say it all.

Ecuador shows signs of being a developing economy with lots of building works everywhere we went. Every city has shopping malls and supermarkets, though you can still see signs of poverty, especially in the rural areas, most significant as we approached the border with Peru.

Although we were right on the equator, because we were consistently at altitude between 2500 and 3500 metres, the weather was cool to mild.

Exiting Ecuador was a simple process. On entering Peru we first had to organise motorbike insurance which cost $US33, immigration was quick, but customs took about an hour, which we believe was caused by computer issues. We had read there were both money exchanges and ATM’s at the border, but we saw no sign of either. There was also no border scammers, unlike border crossings in SE Asia. 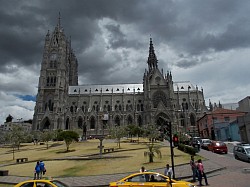 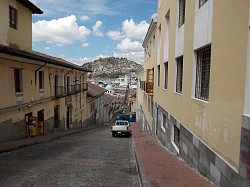 Looking down at old town Quito. 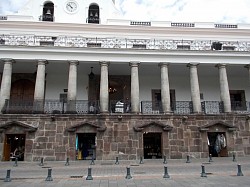 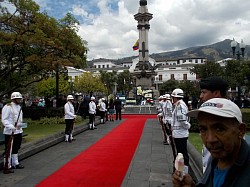 No idea what it was about. But lots of pomp and ceremony! 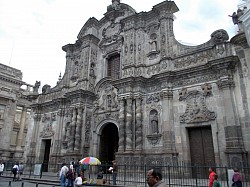 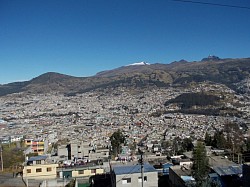 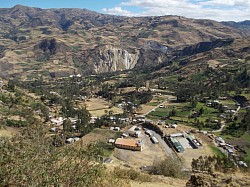 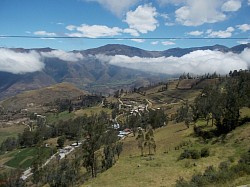 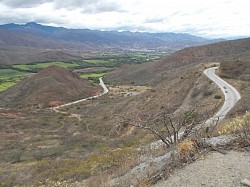