Entry into Peru was pretty easy. After purchasing insurance, immigration was very quick. Customs was a bit slow but despite the language barriers they were apologetic and it seemed there were problems with the computer, anyway after about an hour we were on our way.

We were immediately aware of being in a different country. We left the hills and came into dry, warm, flat landscape. This part of Peru seemed to be exceptionally poor. We also noticed the rubbish straight away. Unfortunately the rubbish continued throughout Peru. Especially on the outskirts of towns and cities where at times we felt like we were riding through a rubbish tip.

We rode on the PanAmerican highway which runs done the coast of Peru. The first major town was Piura. Here we noticed the inequities that we continued to see throughout Peru. The town appeared run down and dirty, yet we stumbled upon one of the most clean and affluent shopping centres we had seen in South America.

We continued south along the coast through sand dunes. The entire coast is desert, although not hot due to the strong winds from the Pacific Ocean. We stopped at Pacasmayo where many people come to surf. There is certainly good surf, but the beach was either rocky or dark sand, unlike the white beaches we are used to in Australia. It was also quite cool.

At ChanChan we stopped to see the pre Inca ruins. Amazing to think that people lived where there was virtually no rain, and we couldn’t help wondering why the Incas came down from the mountains and overthrew the Chans.

We had seen enough desert so decided to go towards the Cordillera Blanco (White Mountains). The ride up through the mountains was spectacular but unfortunately we didn’t choose the best route. The road was sealed, but very narrow and very slow going. It was well worth the ride though, the views were amazing. We climbed to 4300 metres and saw some the largest and most beautiful plants we have ever seen (puya raimondii) which look like yakkas on steroids.

We caught the train from Ollantaytambo to Macchu Picchu. Quite expensive when you factor in train ride, bus ride up the mountain and entrance fee, but well worth the visit. Just make sure you remember the insect repellent in the mountains!

From there it was on to Cusco and then a cold ride through the high plateau to Lake Titicaca where we stayed at Puno. We happened to be there to witness a full day celebration march, something to do with the university. They certainly know how to celebrate!

We followed the lake around to the Bolivian border, and crossed at Kasani. Leaving Peru was easy….entering Bolivia not so easy….

Peru was a land of stark contrasts. Harsh sandy desert by the coast, and spectacular mountains inland. We saw a lot of poverty in the rural areas and wealth in the cities, modern shops and supermarkets. The tourist areas are very touristy, with coffee shops and tourist shops, outside of those areas there is little English and local market shops only. 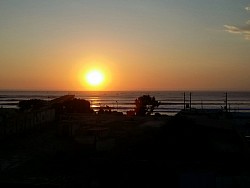 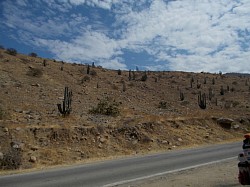 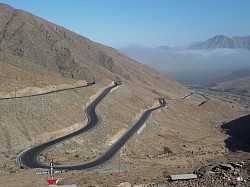 Switchbacks through the mountains 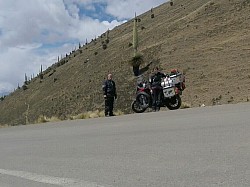 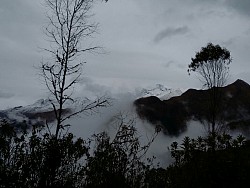 Snow in the mountains 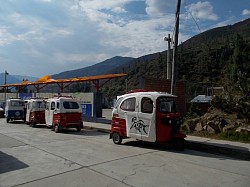 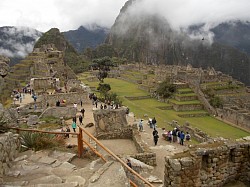 Macchu Picchu. One of the highlights.. 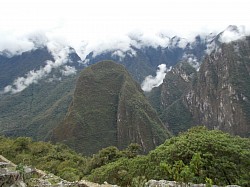 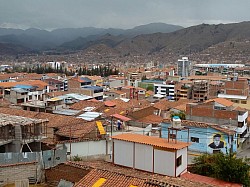 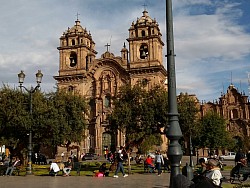 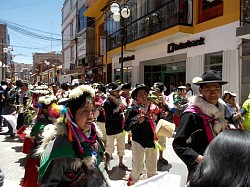 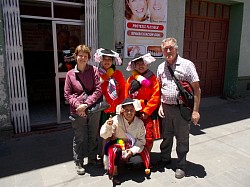 Pic with the locals! 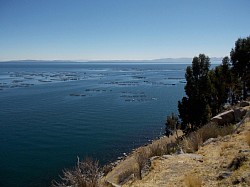